LEAP’s summer issue inaugurates a new tradition. In the mold of last year’s subcultural encyclopedia, “The Ends of Culture,” we have put together a portfolio of short takes to address another fringe phenomenon at the heart of artistic practice: the muse. Initially we had imagined this editorial project as a way to think through the changing relationship between art and celebrity or entertainment culture. Beyond the appropriation of star value for the art world, this involves an analysis of what kind of value art creates for these systems. But it quickly became clear that we would have to dig into many other forms of the muse. Not only is the boundary between art and other disciplines growing blurrier, so too is man’s position and image in the artistic process. In this technofetishistic era, Sappho is blessed with a clear and accurate body of flesh and bones that can quickly morph into an avatar that is celebrated by both artists and the consuming public alike. It has become hard to tell who is the artist and who is the muse. The muse today might labor directly on the work, or perform as the work, or remold the artist in place of the work. Like researchers on Heisenberg’s uncertainty principle, it turns out there’s a little bit of muse in all of us. With “My Muse Does All the Work,” our political proposition is radical: that those of us who can’t help being more art groupie than art star forget about Beuysian inclusivity and turn the tables around. Art as an evolutionary process; everyone a muse.

This issue’s top section reviews the recent practices of seven artists from around the globe. Hao Jingban’s latest exhibition “Over-Romanticisim” zooms in on traditional dance halls. Here, time stagnates, the furnishings, atmosphere, and people all carry obvious traces of the 1980s and 90s, and yet they coexist within the same space and time as the present. Artist Zhang Wei’s recent work buzzes with the tension of chewing through ideas. This tension is especially palpable in his larger paintings. He is constantly playing with the contrast between luminous colors and deep, brooding tones, rapid mark-making juxtaposed with a wide stretch of canvas smudged with color, pigment piled onto a backdrop of diluted hues, and notes of the warmth and whimsy of literati painting peering out from the tumult of an otherwise savage style. Paris-based Daiga Grantina speaks of her sculptural and installation work as an inversion of the Greek mythology pygmalion. Her sculptural emanations, in gravity-defying suspension, are messy but poised, convoluted yet never abject, operating as knowledge does, at the moment of recognition, as an ongoing paradox.

This issue’s upper middle section zeroes in on three distinct practices, of Liang Yuanwei, Ricky Yeung, and Martine Syms. Beijing-based painter Liang Yuanwei decidedly pulls back on the representational and narrative qualities of her works, developing a minimal foundation for a method analogous to scientific experimentation. In her experimental method, the legitimacy of bodily perception and visual sense moves toward an unknown and surprising equilibrium. Our profile on Ricky Yeung Sau-churk chronicles the Hong Kong artist’s practice spanning decades. Yeung made his roughest, rawest, most evocative work in the 1980s—something that was possible because of the extraordinarily normal day job and middle-class routine that he found himself locked into. LA-based African-American artist Martine Syms has called herself a conceptual entrepreneur. Her definition of entrepreneurialism is a call to recode modes of distribution, online platforms, publishing, and business while her work excavates the vocabulary already embedded.

In the bottom section, author Gretta Louw investigates the confluence of new digital technologies and visual art, and argues that the development of internet technologies and the accompanying tectonic shifts in our consumption of digital media have paved the way for a plethora of new networked performance subgenres. We then follow several art historians and scholars to the 2015 Terms of Media Conference to repose and update the fundamental questions of media theory. Furthermore, the section includes 26 exhibition reviews from Greater China, Tokyo, Berlin, Paris, New York, and more.

022 Zhang Wei: Expanding Abstraction with an Attitude
Text: Fiona He

044 From Monkeys to Women: A Convoluted Negotiation
Text: Duan Jianyu and Huang Jingyuan

172 CAN YOU WHISPERONTHEINTERNET?
Text: Gretta Louw

180 JUST A NAME FOR A THING: THE SHADOW TERMS OF MEDIA
Text: Leuphana Universit?t Lüneburg and Brown University 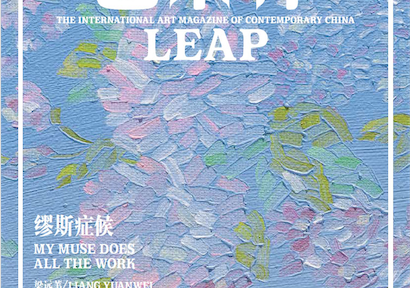