If there is a common denominator to this issue of LEAP, it’s video. We have Zhang Peili, the first artist to make video art in China; Pond Society, the Hangzhou collective that assembled itself around the notion of artistic immersion; Li Ming, a student of Zhang who has won acclaim for videos using drone footage and zoom effects; Minouk Lim, the Seoul artist who melds media criticism, political memory, and aesthetic form; Joan Jonas, the original godmother of liveness and performance on tape; and Heman Chong, who destroyed the masters to all of his videos. This wasn’t intentional; video art, in itself, doesn’t seem particularly worth focusing on today. The pivot to video, so far, hasn’t panned out. We’ve racked our brains imagining what an art criticism for the age of Meitu, Snapchat, Bilibili, Instagram Stories, iQiyi, Facebook Live, Miaopai, and Youtube might look like. What you’re reading, I’m not quite sorry sorry to say, is our best response.

We dedicate this issue to Geng Jianyi, who passed away at the end of 2017. Though he was and will continue to be respected as an accomplished elder statesman, he left us far too young, in the middle of his fifties, an age at which he could have been embarking on his most ambitious and enduring work. Geng dabbled in video, but he was largely media-agnostic; rather than a medium of focus, it was a more basic conceptual rigor that gave form to his work. He was interested in the truth and fiction of images, and the repetition and difference of the same as they are transmitted from one frame, one medium to another. This brings me back to the relevance (or irrelevance) of video in this particular moment: it’s not the medium, and less the technology. Instead, it’s the literacy of viewership that counts. We hear a lot—too much—about fake news now. It has a tendency to circulate through our social systems like a viral contagion. Outside of art, most of the video we consume is becoming social in one way or another. Even film and television are produced more as topics of conversation than as self-contained experiences. Video is probably not capable of providing a map through the conspiracies that surround us, products of a paranoid imagination or otherwise, but watching it in a way that involves thinking about making it—the operative aesthetic of video in art, which is typically unafraid of revealing its own production value—provides the basic media literacy to put us on the right track.

This is a skill that we owe as much to Geng Jianyi as to any of the other artists working in video explored here, as the screen has, predictably, become our “Window on the World.”

054
In the Studio with Song Ling: Things as They are

070
A Conversation with Zhang Peili: Contingency and Necessity

084
In the Studio with Zhang Peili

090
Jia Wei on Working with Zhang Peili: He never repeats himself

118
Rendering the Studio with Li Ming

126
Simon Wang on Li Ming: He gets his epiphanies from dreams

132
A Conversation with Ouyang Kunlun: Artists and Nutrients

146
The Media and the Message: Minouk Lim
Stephanie Bailey

166
A Conversation with Minouk Lim: A Ghost Montage
Yung Ma

176
Tina Kim on Minouk Lim: She sings her despair and alienation

186
A Conversation with Fabian Schoeneich: Minor History in a Global Context

196
Insights from the Interior
Jin Meyerson

216
A Conversation with Rosamund Felson

218
Performance and the Site of the Image
Chen Li

232
In Defense of Writing
Anca Rujoiu 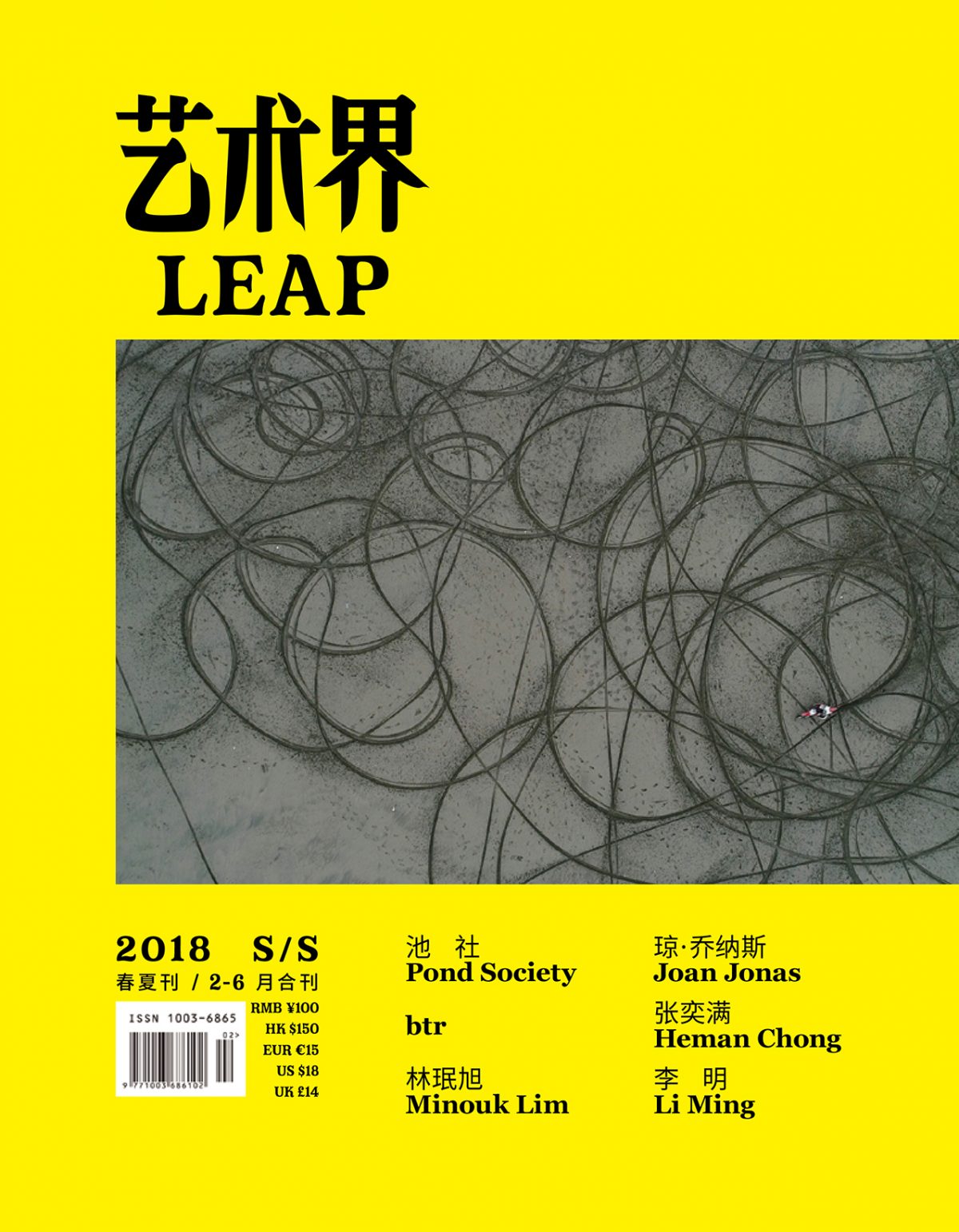